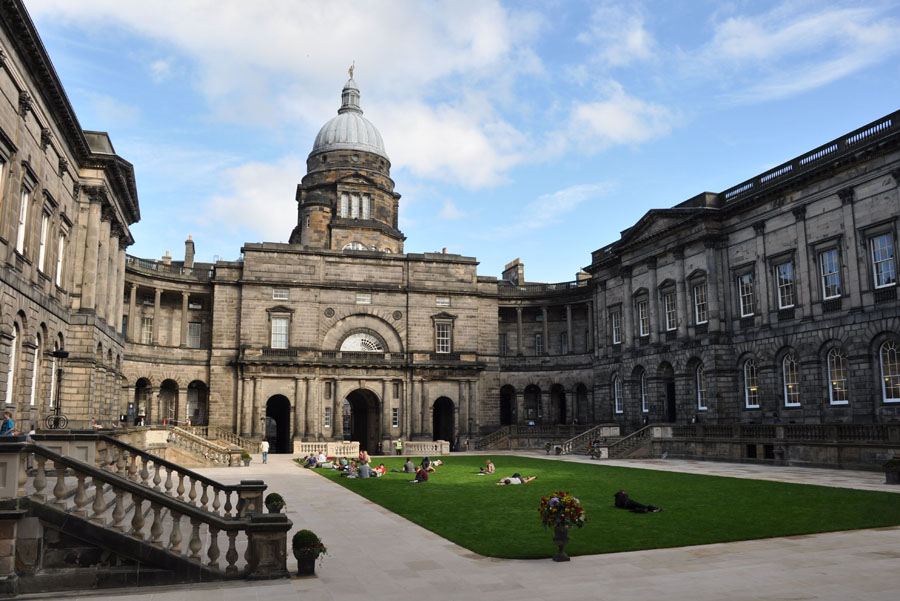 A total of 22 schools make up the University, with around 6,000 of the 27,500 students currently enrolled international. Academically, Edinburgh holds a strong reputation for medicine and science, being home to numerous discoveries and inventions such as anaesthetic, penicillin and the telephone. The University also has the oldest Department of English Literature in the UK, and scores highly for humanities.

In the 2014 Research Excellence Framework, 83% of the University of Edinburgh’s submitted research was classified as ‘world leading’ or ‘internationally excellent’. The subject areas of Agriculture, Veterinary and Food Science and General Engineering particularly excelled.

All first year students from outside Edinburgh are guaranteed an offer of University of Edinburgh accommodation. Accommodation is based at over 25 sites, all located within a short walk or bus ride of Edinburgh's centre. 1,900 catered rooms are available in Pollock Hall 2km from the city centre. These have an option of en suite, standard and shared rooms. Self-catered accommodation is also available in a mixture of halls and flats around the city, generally housing up to six students per flat.

The University of Edinburgh runs an accommodation advice service at the start of each academic year to help students if they wish to find private accommodation.

Edinburgh is the capital of Scotland, and listed as a world heritage site. It is considered one of the greenest and most architecturally beautiful cities in Europe and its beauty and reputation for science since the 18th Century has earned it the nickname ‘the Athens of the North’. University of Edinburgh plays an integral role in the city, contributing to its vibrant atmosphere.

Since 2001, Edinburgh has consistently been voted ‘Favourite UK City’ by Observer, Conde Naste (Award Winner for Best City) and Guardian readers. Excellent road, rail and air transport links make Edinburgh accessible from all major cities in the UK and beyond.