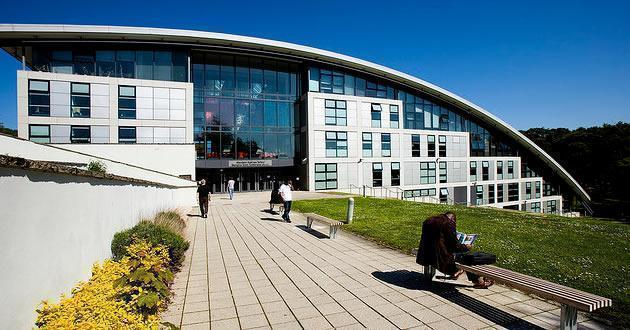 Robert Gordon University is a modern university based in the Scottish city of Aberdeen. Although it was granted university status in 1992, it was founded as an educational institution in the mid 18th century. Robert Gordon has a strong focus on vocational degrees, and brands itself as ‘The Professional University’. It currently has a little over 16,000 students, of whom more than 1,000 are international, enrolled.

The focus on professional education is shown by the University’s leading graduate employment record. It has been rated as having the highest graduate prospects of any University several times in recent years, and remains top for modern universities. This is achieved through strong links with industry, particularly North Sea gas and oil companies, and year-long work placements that have become standard across all courses.

Students who have the required grades for entry but do not meet the English language requirements can join an eight week pre-sessional English programme in order to improve. During term time, English language classes are run to further help students. These include general group classes and one-to-one support.

Robert Gordon University is generally considered to be one of the top post-1992 universities in the UK. Although primarily a teaching based university, the 2014 Research Excellence Framework showed the areas Dentistry, Nursing & Pharmacy and Media Studies to be performing well.

Robert Gordon University has over 1,500 places in University accommodation available and guarantees housing to first year students. The rooms themselves are spread across both campuses, with the furthest being only 25 minutes’ walk away, and a bus service links the two campuses. Many rooms are en-suite, with studio apartments also available. The University can also help students find alternative accommodation in private halls of residence or apartments.

Aberdeen is a vibrant and multicultural city, home to over 220,000 people. It is rich in culture, with a range of museums, art galleries, cinemas and concert venues. There are five shopping centres (including the brand new Union Square centre) with a wide range of well known shops, as well as boutiques. Shops selling locally-produced goods and an international street market held at various times throughout the year are also available. Hundreds of local events are organised by the Council, event partners and the community.

The Granite (or Silver) City is also very green, with a range of parks and open spaces close to the city centre, and often ranks in the top ten for quality of life in the UK. Aberdeen Airport offers strong links with the rest of the UK, Europe and the world.