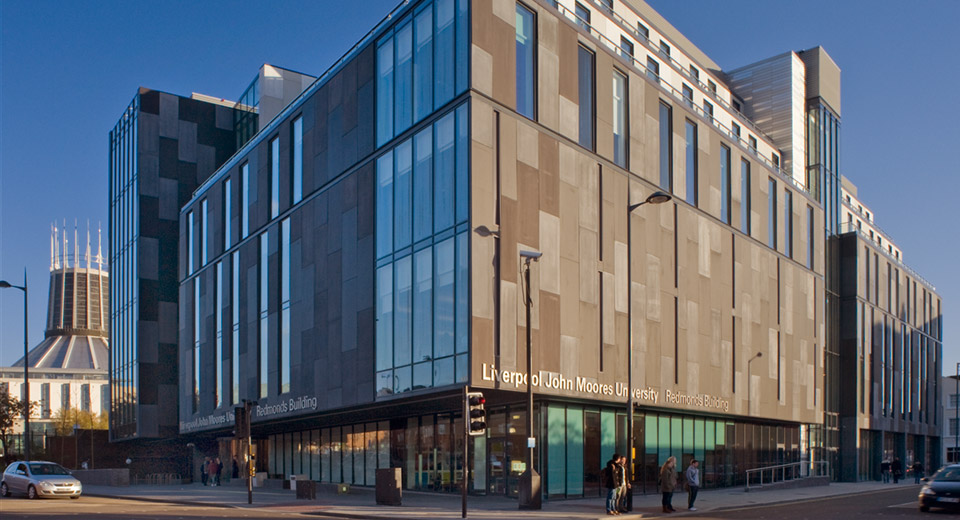 Liverpool John Moores University was originally founded in 1825 and went through many different guises before eventually becoming a fully accredited university in 1992. It is one of the largest universities in the UK with almost 22,000 students enrolled from over 100 countries.

Liverpool John Moores is a pioneer of multimedia teaching and has one of the UK’s most state of the art media centres. Many lectures are delivered by computer, maximizing students’ one-to-one tutorial time with their lecturers.

The University offers English lessons for students, both as in-sessional courses and as pre-sessional courses. These can be standalone lessons or as part of the International Foundation Year. They can also be used to raise an English score as part of university admission requirements.

Following the 2014 Research Excellence Framework, Liverpool John Moore moved up to 62nd place in the research quality ranking. The School of Sport and Exercise Sciences was ranked world-leading and second in the UK for its research, while English and Astrophysics also impressed.

Liverpool John Moores University guarantees all new students a place in University accommodation for the first year of study. Most rooms feature private en-suite bathrooms, although flats with shared bathrooms can be a cheaper option. LJMU cannot guarantee a room in a specific location to every applicant as some locations will be full before the start of the academic year. Liverpool is an affordable place to live as a student, and the Accommodation Office can help those who wish to live in private rented accommodation.

Awarded the European Capital of Culture 2008 in recognition of its rich history and cultural standing, Liverpool is a popular city with students and tourists alike. With world class architecture and more listed buildings than any city outside London, Liverpool was awarded UNESCO World Heritage status in 2004. The city’s history is contrasted against its reputation as a city of commerce and entertainment.