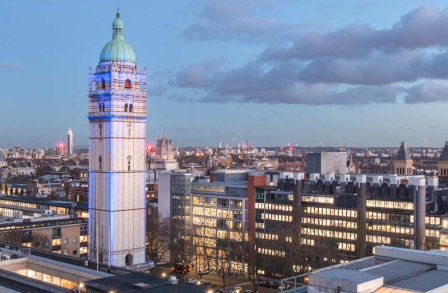 Overview
Imperial College London is consistently ranked amongst the best universities in the world and forms part of the 'Golden Triangle' of six elite British universities, which also includes Oxford and Cambridge. Imperial is traditionally known for world class science, engineering and medicine programmes, although more recently the Imperial College Business School and Humanities department have gained high regard.

Imperial College London is part of the prestigious Russell Group and is ranked the 5th best university in the UK by the latest Times Good University Guide. It is regularly ranked as one of the ten best universities in the world (QS World Rankings) and ground breaking work and cutting edge research is consistently performed at the University, with 14 Nobel Prizes and 81 Fellowships from the Medical Sciences being awarded in the past.

There are numerous trips offered to famous locations around the UK throughout the year, while Imperial also has links to outside organisations that provide homestays.

Ranking
5th in the Times University Guide 2021
9th in the Guardian University Guide 2021
8th in the QS World University Rankings 2021
11th in the Times Higher Education World University Rankings 2021
25th in the Academic Ranking of World Universities 2020
Imperial College London is consistently ranked as one of the top universities in the world, with most rankings placing it in the top 10 globally. The Financial Times ranked the MSc Management Program 1st in the United Kingdom and 12th in the world in 2013 and in a previous Financial Times MBA survey, the Imperial MBA was ranked 8th in the UK, 15th in Europe and 49th in the world. Across other subjects, medicine, engineering, life sciences and physical sciences all perform exceptionally well on a national scale.

Accommodation
Imperial College London currently has 20 halls of residence, almost exclusively in the South Kensington and Chelsea areas of London. Availability is generally prioritised for new first-year undergraduate students of Imperial, who are guaranteed a place in a college residence. The majority of older students and postgraduates find accommodation in the private sector, help for which is provided by the Imperial College private housing office.

Location
Imperial has a number of campuses in London and the South East, and all have excellent travel links and are easily accessible through the use of public transport. The main campus is in South Kensington in London, very near the Royal Albert Hall, the Natural History Museum and the Science Museum.

The University is well served by three of the biggest airports in the UK. Heathrow, Gatwick and Stansted are all accessible through special services.